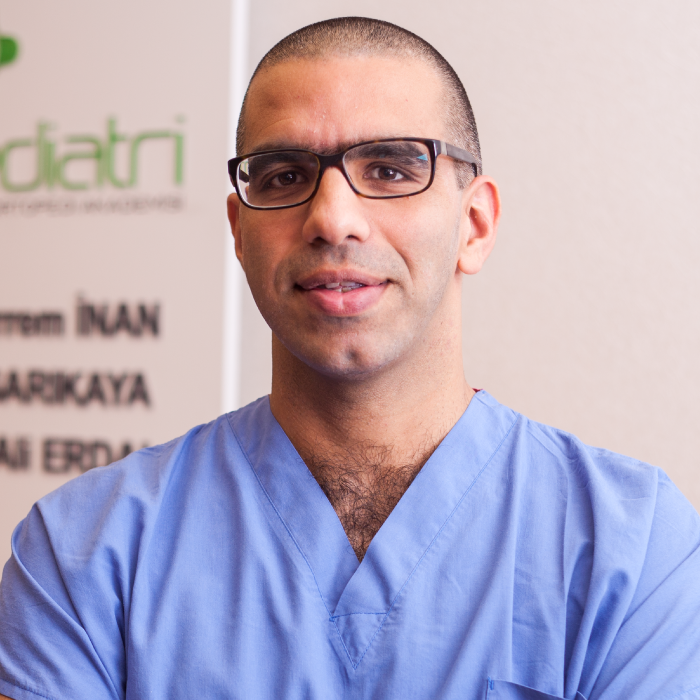 İlker Sarıkaya was born in 1981 in Ankara; after completing his education in Cağaloğlu Anatolian High School, he graduated from Istanbul University Faculty of Medicine in 2005 and completed his medical education. He speaks English and German fluently. He had his specialty in the field of Orthopedics and Traumatology with the thesis titled “Mid-Term Results of Thoracolumbar Spine Burst Fractures Treated with Short Segment Posterior Instrumentation and Fusion” at Istanbul University Cerrahpaşa Faculty of Medicine; and he studied Arthroplasty and Gait Analysis at Heidelberg University Faculty of Medicine in Mannheim and at Heidelberg Medical Faculty in Germany between 2009 and 2015. Dr. İlker Sarıkaya also worked in the Autistics Association between 2009 and 2012.

He worked as a Team Physician for Turkey U18 National Basketball Team in 2007; he worked in the field of Orthopedics and Traumatology in Muş State Hospital between 2011 and 2012; and now, he has been working as a Pediatric Orthopedist in Ortopediatri Pediatric Orthopedic Academy. Dr. İlker Sarıkaya is married and has one child.